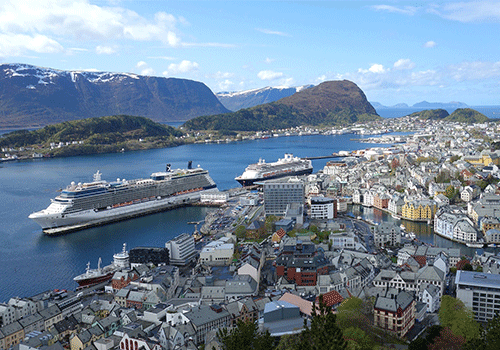 Did You Know You Could Visit These Ports?

All the “popular” cruise itineraries visit the most “popular” ports of call. It is a question of the hen versus the egg – which came first. Are the more popular ports the result of the popular itineraries? Partially, yes. That is why you see certain small towns and cities being offered over and over again, no matter the cruise line.

Now there is nothing wrong with that. No doubt everyone wants to visit Nassau in the Bahamas, Sydney, Australia, and Rome, Italy to name a few consistent offerings. But there are many cities and towns, gateways to exciting regions all over the world that don’t come to mind when one is planning a cruise. Perhaps some of them you have never heard of before in conjunction to your cruise planning. Why? Generally, these lesser known places do not have the facilities to handle the larger cruise ships popular with so many cruisers. You may have to choose a cruise line with smaller ships to fit in the harbor. And on many stops you may have to tender.

Here are ten lesser known ports of call we suggest you visit:

Old, founded in the 1880’s, and new, just recently booming from village to city, Richards Bay is on the Indian Ocean side of the country. It boasts the largest harbor in South Africa, being built on a lagoon in the Mhlatuze River. It has a wonderful beach, Alkantstrand, day tours to view the local spectacular scenery and wildlife, several nature reserves nearby, and excellent golf clubs for the sports-minded. Claim to fame? In 1891 a twenty-two-foot crocodile was captured and killed in the river estuary – one of the largest ever found.

Morondava is on the west coast of this African island in the Indian Ocean. It’s claim-to-fame is the Avenue of the Baobabs, the tree with the strange silhouette. It is a quite beautiful sight as the trees march sentinel along the dirt road for quite a piece. It is recommended to visit there in the evening if you can to avoid crowds (such as they are), and to experience the marvelous sunset view. 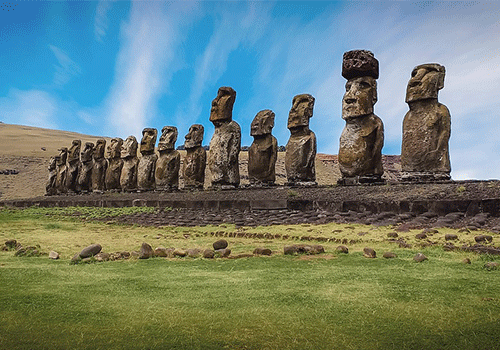 “Discovered” in 1722 by a Dutch explorer, this island in the southeastern Pacific is a territory of Chile, 2300 miles distant! It is a UNESCO World Heritage Site due to the Moai, or gigantic, stone human-head figures, found scattered over the 64 square mile island. So far there have been close to 900 of these hand-chiseled and mysterious statues found. Research is continuous. These figures are famous – and a bucket list must-see.

Docking in Salaverry means you will have access to the nearby city of Trujillo, your ultimate goal. Enjoy the charming architecture of this town founded in the 1500’s by the Spanish, surfing on the nearby beaches, or exploring nearby Chan Chan or other Inca sites stretching back in time fifteen centuries. Bring your camera for the stunning scenery of the surrounding hills, the ruins, and the city’s colonial-style buildings.

Visit Darwin in the Northern Territory on a circumnavigation of Australia or as a jumping off point to SE Asia. Enjoy its history with visits to local museums. The city, founded in 1869, was heavily involved as a military base during WWII and is the northern gateway to Australia’s Outback. Depending on the time of year of your visit, your experience will be either very dry or very wet – but always very hot! There is lots to do from swimming on the fabulous beaches, to shopping, to touring nearby Kakadu National Park.

Stanley is the capital of the islands founded by John Davis in 1592 and is thus part of Great Britain. It is less than five hundred miles off the coast of Argentina in the Atlantic and was the subject of a major dispute between the two countries in 1982. It is amazingly English in its shops, pubs, and outlook. Cameras at the ready for the colorful buildings, and the nearby Grave Cove penguin colony.

Any port in Ireland is a gateway to marvelous fun, amazing scenery, and fascinating history. This wee port is the fishing capital of the country so bring your camera to photograph the various colored fishing vessels tied up in harbor or departing to the fishing grounds. Tour nearby Donegal Bay and the dramatic Sliabh Liag Cliffs rising almost vertically 1,972 feet from the Atlantic Ocean. Discover the Monk’s cells, the “Na Cealia Beaga”, hence Killybegs, ruins of tiny stone huts lived in by some of these first settlers to Ireland.

No visit to Scotland is complete without an excursion to the Hebrides. Portree is on the Isle of Skye, one of the most well known of these islands. Visit Dunvegan Castle, the hill known as the old Man of Storr, the cultural museum of Aros Centre, or just tour the island for grand scenery in its hills, seascapes and lochs. Handcrafts abound. Shop for woolens and sweaters.

One of the most photographed of Norwegian cities, Alesund owes its cityscape to a disastrous fire in 1904. When re-built, its architecture was all in the Art Nouveau style. It has tempting shopping from clothing to artistry, or you may wish to take in one of Europe’s largest aquariums, the Atlantic Sea Park.

Situated on the Adriatic, this town is reminiscent of Venice just across the sea. Embraced by a sunny Mediterranean climate , explore the charms of the city or visit the nearby UNESCO World Heritage Site, the Skocjan caves, or tour the lovely Slovenian countryside.

Do any of these ports pique your traveler’s curiosity? Expand your horizons, not only in the places you visit but in how you cruise there. Smaller ships are usually the forte of the luxury lines such as Ponant, Silversea®, Seabourn®, Regent Seven Seas Cruises®, Oceania Cruises®, and others. But do not despair. Firstly, because the expense is worth it for a chance to visit these places, and secondly, because these lines are all-inclusive so the difference in cost is not as great as you would suppose. And these cruise lines do have offers, so watch for those.

Contact your trusted travel professional for expert advice and to book your cruise with worry-free plans.